Our Favorite Deals for Fall 2022 Organic Produce Delivered to Your Door! Up to 40% off Grocery Store Prices!

Get $10 off your First Box
with code COOKWME-GH4NZL

Check out why this is our favorite produce delivery service... 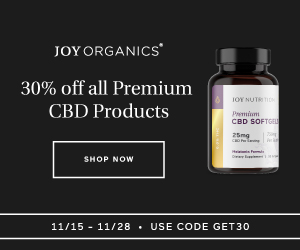 Click here for more deals and coupons from a few of our favorite, extra-special businesses!

Charlie Ray is the "Head of Security" for Mavenjoy, and he is also our special needs pet. Named for Ray Charles, he shares his namesake's blindness but also his cultivation of other talents and an enjoyment for life in general.

We found Charlie trying to cross a popular intersection and thought we'd be able to find his family or a new home like we had the many found pets before him. Unfortunately, we were not, and when we took him to a shelter and asked about the adoption process for him, they informed us that he would be put down due to his blindness. Both of Charlie's eyes had cataract-like coverings that our vet felt were likely caused by abuse given his young age and their composition, but other than that Charlie was a happy, healthy guy.

Needless to say the shelter's response was unacceptable so Charlie came home with us, developing an acute sense of smell and hearing that's made him the quintessential security chief with a specialty for bear alerts (much needed where we are). However, within 48 hours of Charlie's arrival, one of his eyes ruptured and he was in terrible pain. On our way to the vet, we began giving him Arnica Montana which can be a useful homeopathic remedy for pain due to trauma and physical injury. This turned into several hours as we had to take him to an eye specialist two hours away in Atlanta. The Arnica seemed to soothe his pain and made a critical situation more bearable.

That was our first experience with Arnica, and now we will always try it first before conventional pain medications when possible. We've found it particularly helpful for post-operative pain and for Charlie's various bumps and sprains that he has inevitably endured over the years. It seems to alleviate pain but also speed healing and reduce swelling and bruising.

Homeopathic remedies like Arnica remain both a marvel and a mystery to me, but when you experience their results without the harmful side effects, it's extremely satisfying. Administering and dosing are somewhat tricky, so consider finding a homeopathic practitioner or try a homeopathic remedy with Arnica that has been specially formulated for pets.

Join in and write your own page! It's easy to do. How? Simply click here to return to Favorite Natural Pet Remedies.

Let Your Legislators Know What's Important to You... Note: All content, information and guest posts provided in the publication of this website are for informational and entertainment purposes only. They are offered as opinions and are not intended to replace a one on one relationship with a qualified professional or health care provider and are not intended or to be interpreted as medical, psychological, behavioral or professional advice. Please see our site terms and conditions for additional information.

Disclaimer All content, information and guest posts provided in the publication of this website are for informational and entertainment purposes only
Please see our site
terms and conditions for additional information.
Articles and images may contain links that compensate Mavenjoy Media, LLC if clicked or if you make a purchase after clicking on these links. Learn more here. Use of this site constitutes acceptance of its Terms & Conditions and Site Policies
Copyright © 2021. Sustainable-Live-Work-Play.com - Mavenjoy Media, LLC.
All Rights Reserved.

Articles and images may contain links that compensate Mavenjoy Media, LLC if clicked or if you make a purchase after clicking on these links. Learn more here.
Copyright © 2021. Sustainable-Live-Work-Play.com - Mavenjoy Media, LLC. All Rights Reserved.
Use of this site constitutes acceptance of its Terms & Conditions and Site Policies
Site Powered by SBI!